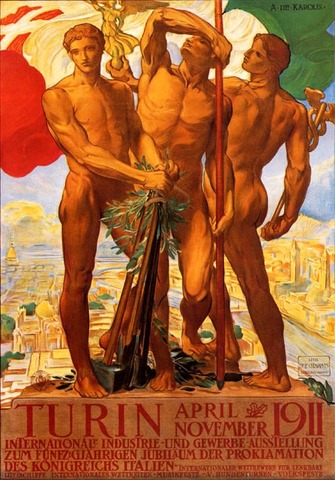 World's Fairs were the ideal stages where the nation-states and great powers of the late nineteenth- and early-twentieth centuries could display they might. Location, size, and magnificence of the individual pavilions were indicative of their relative worth vis-a-vis other participanting nations. World's Fairs were also the arenas in which socio-political transformations and geo-political ambitions displayed themselves. Therefore, analysis of the world's fairs spaces is useful to investigate the features of a history in its making.

The Exposition of Turin 1911 was organized around 26 groups, in turn divided into 127 subgroups. Thirty-eight nations participated, though not all had an individual pavilion.