Films and Documentaries of the Exposition 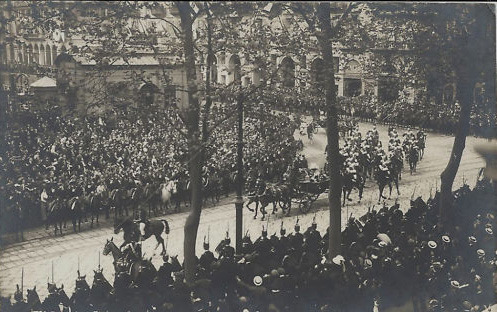 The Archives of the Museo del Cinema di Torino list one surviving documentary devoted to Turin 1911.

Film played an important role at the 1911 Exposition. Turin was the cradle of the Italian film industry, and the Turinese Ambrosio Film Company was founded in 1906 by Arturo Ambrosio and Alfredo Gandolfi. From 1908 to 1912, Ambrosio Film produced numerous short films and, from 1911 on, it specialized in multiple-reel feature films such as L’ultimo dei Frontignac (The Last of the Frontignacs, 1911). According to the Enclyclopedia of Early Cinema,"in 1912 and 1913, Ambrosio managed to release around 200 films per year and shared with Cines the role of leading Italian manufacturer on the international market."

Ambrosio Film received the prize for the best artistic film and best documentary at the International Exposition with a drama on the Risorgimento entitled Nozze d’oro (The Golden Anniversary), featuring the leading Ambrosio actors Alberto Capozzi and Mary Cléo Tarlarini. Turin 1911 also hosted screenings of the documentary La vita delle farfalle (The Life Cycle of the Butterflies) based on a narrative by Guido Gozzano.