The Pavilion of Turkey was located on the left bank of river Po, near the bridge at Pilonetto area. The Pavilion contained many elements of design found in the Oriental-Moorish style, and, because of them, it emerged as a unique and original structure among the other Art Nouveau pavilions of the Fair. For example, it featured Tudor arches and polychromatic wall decorations.

The Pavilion was designed by the architect Leon Gurekian, who studied and lived both in Armenia and Italy: he gained his degree in Architecture at Real Academy of Rome in 1895, when he also became Professor of Architectural drawing. In his early career, he designed and completed several works in Italy, Bulgaria, Costantinopoli and Prinkipo islands. Among them, he designed this Pavilion and he was successively nominated as representative of Ottoman Empire at the International Congress of Architects in Rome. Unfurtunately, at the beginning of September 1911, the Ottoman Pavilion was closed due of the Italy-Turkish war for the conquest of Cirenaica and Tripolitania (Libya). 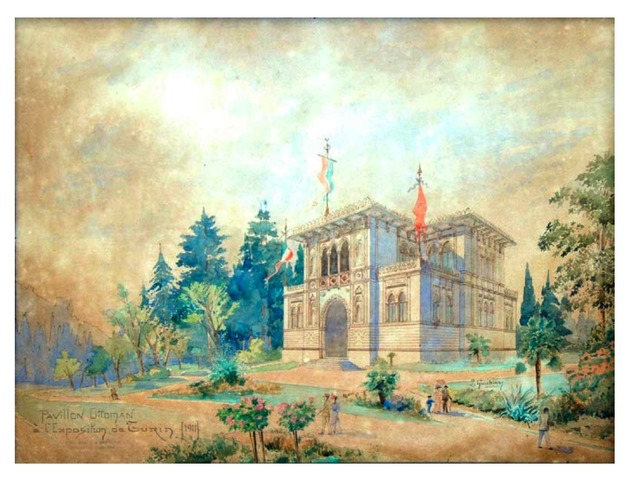