In 1911, Hungary was still part of the Dual Austro-Hungarian Monarchy. Like Italy, Hungary was a belated, yet active, participant in the process of industrialization that had already marked the more advanced European countries. This was the age of the socio-political and economic growth of the bourgeois class in Hungary, a class that was striving to wrestle free from Austrian investments and financial control. 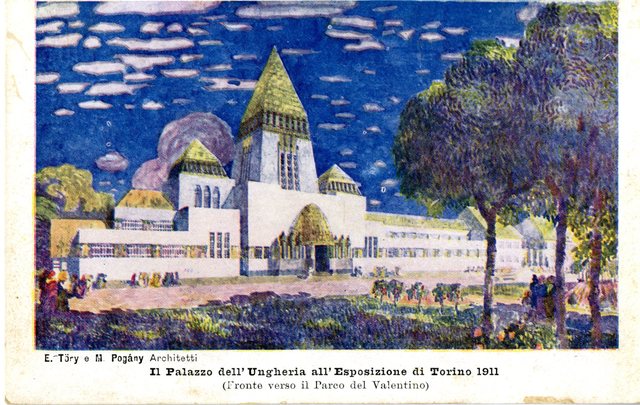 The development of nationalist movements of independence also exacerbated Hungary’s already thorny relationship with the Austrian crown. Since 1668, when Hungary was placed under Austrian control, the affiliation with Austria had been contentious. In 1867, a compromise was signed that accepted the independence of the two reigns, the Austrian and the Hungarian, albeit united under the same crown. The paradoxical and controversial nature of this compromise became evident in the celebrations of 1896-1897, which commemorated the thousandth anniversary of the presence of the Magyar people in the Carpatian region. If for Nationalist leaders the event was to be the symbol of Hungarian independence, the celebrations, at least officially and on the diplomatic front, sought to underscore fidelity to the Imperial Crown as well. Emperor Franz Joseph was portrayed as the new Arpad, the reincarnation of one of the originary leadears of the Hungarian nation.