Pavilion of the United States of America

The Pavilion of the United States of America was located on the right bank of the river, alongside the Avenue of the Nations, occupying about 5,000 square meters. The central and prevailing location of the Pavilion, as well as the broad exhibitions of American new machinery and manufactures, indicated both the high consideration Italy had of this country and the willingness of United States to expand their markets, establishing solid commercial relations with the young Italian Kingdome.

The Pavilion was perfectly integrated within the overall elegant tone of the fair, although its design preferred the Neoclassical revival over both the Turinese Baroque and Art Nouveau styles: this choice is explained by the central role Neoclassicism plays in the architecture of the official and historical buildings of the nation, since its independence. The structure featured classical and geometrical forms, and showed a high basement, sourmonted by a series of symmetrical blind arcades and rectangular windows. 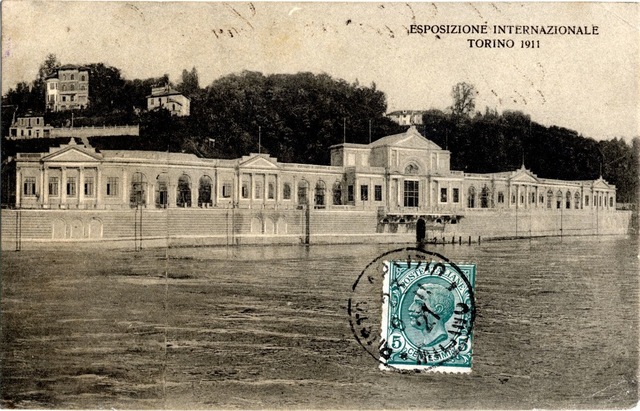 From present indications, it appears that United States is destinated to assume at the Turin International Exposition of 1911 a place more important than any it has ever heretofore taken in an exposition on the continent of Europe. [...] not only Turin Exposition of 1911 will be the greatest event ever held in Italy, but Italy itself at the present time is undergoing industrial and commercial development without parallel in Europe. (Consul Albert H. Michelson, 1910)