Pavilion of the Republic of Argentina

The Pavilion of the Republic of Argentina was honored, by the Committees of the Fair, to be the first pavilion the visitors could admire on the right bank of the river Po, at Umberto I bridge. Its strategical location aimed to pay homage to both the hystorical friendship between Argentina and Italy, and the broad presence of Italian immigrants and commercial trades in the country. In addition, it functioned also as prestigious entrance to the nation pavilions area, immediately followed by the other Latin American countries and European states.

The Pavilion was designed by the famous architect Roland Le Wacher, author of several works both in Rome and Buenos Aires, who formerly received honourable mention by the Italian Government, at the Exposition of Architecture in Turin of 1886. Its design did not stray from the general style of the Fair, but it also featured classical elements in some points, and an overall freedom in architectural choices: pinnacles, little towers and cupolas made this Pavilion a unique sight alonside the river. 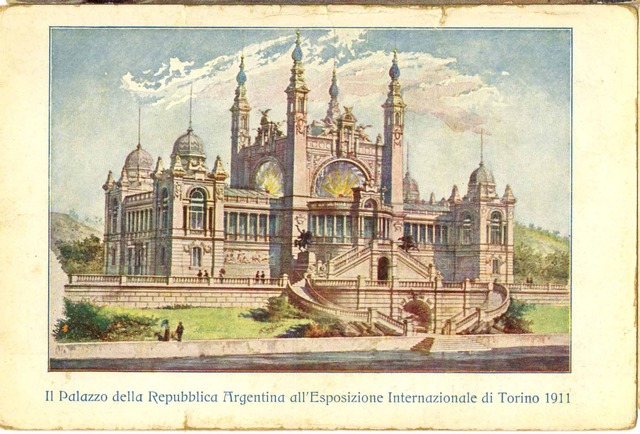